Thomas Tuchel admitted he was “unhappy” with Callum Hudson-Odoi’s attitude after dragging off the Chelsea winger soon after his introduction as a substitute in Saturday’s 1-1 draw at Southampton.

Hudson-Odoi was sent on as a half-time replacement for Tammy Abraham, but his afternoon ended in embarrassment when he was replaced to make way for Hakim Ziyech in the 76th minute.

Blues boss Tuchel made no attempt to hide his frustration with the England international’s lack of effort.

“We brought in Callum Hudson-Odoi but I was not happy with his attitude, energy and counter-pressing. I took him off and we demand 100 percent,” Tuchel said.

“I feel he is not in the right shape to help us. I was not happy with his body language.

“It was a hard decision but tomorrow it is forgotten and he has all possibilities to start against Atletico Madrid,” Tuchel said, referring to the Champions League last 16 game on Tuesday.

Chelsea trailed to a first half goal from Japan star Takumi Minamino at St Mary’s.

Mason Mount came to the rescue as he won and converted the second half spot-kick that extended Tuchel’s unbeaten run to seven matches in all competitions since he replaced Frank Lampard in January.

Chelsea remain fourth in the Premier League after their run of five successive wins came to an end and they will fall out of the top four if West Ham beat Tottenham on Sunday.

In a performance reminiscent of the issues that plagued Lampard, Chelsea monopolised possession without delivering the knockout blow and paid for a defensive lapse.

“Clearly yes, we had all the chances and all possibilities to take the win, it would have been deserved, sometimes in football you concede one chance and they score,” Tuchel said.

After losing six consecutive league matches for the first time in their history, even a scrappy point was a welcome boost for Southampton.

N’Golo Kante, Edouard Mendy, Kurt Zouma and Reece James had come back into the Chelsea team as Tuchel made four changes from Monday’s win against Newcastle.

James has had less opportunities under Tuchel than he did with Lampard and the England defender made a bid to catch Tuchel’s eye with a fine cross to Marcos Alonso, whose volley flashed just wide.

Chelsea had over 70 percent of the possession but lacked the cutting edge to turn that territorial dominance into a tangible reward.

Chelsea had conceded just one goal in the six games, but Southampton sliced them open in the 33rd minute.

With the centre-backs caught out of position, on-loan Liverpool forward Minamino scampered clear and cleverly dummied Mendy and Azpilicueta before flicking a cool finish past the Chelsea keeper.

It was the first time Chelsea had trailed in the Tuchel era and they threatened an immediate equaliser when Zouma’s header from Alonso’s free-kick was pushed away by Alex McCarthy.

Hampered by an ankle injury, Abraham was replaced by Hudson-Odoi for his brief appearance.

Werner fired into the side-netting from a tight angle, but it was an incisive break from Mount that led to Chelsea’s 54th minute equaliser.

Mount’s burst into the Southampton area prompted a rash lunge from Danny Ings and he converted the penalty for his fifth club goal of the season.

Jan Vestergaard was inches away from restoring Southampton’s lead when his header from Moussa Djenepo’s cross beat Mendy and cannoned back off the bar.

James could have won it for Chelsea in the closing minutes but he side-footed over from Mount’s pass. 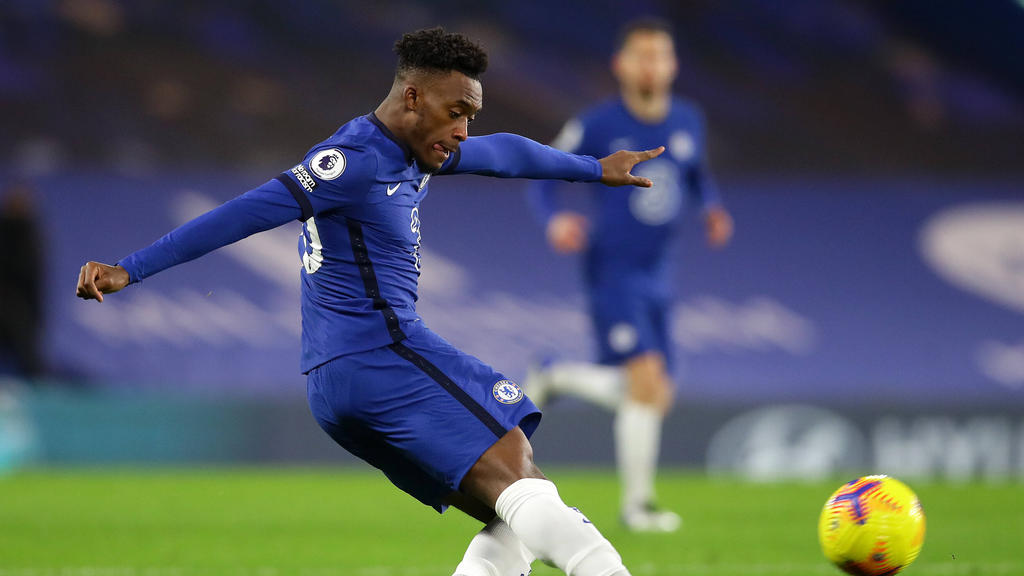